Fernando Del Pozzo: Мan’s freedom grows in inverse proportion to the power of the State

The text is published in its original version, with no editing

Introduce yourself to our audience

Good Afternoon, my name is Fernando Del Pozzo, I’m a student of Social Sciences in Politics and Sociology School of São Paulo, and Philosophy in São Paulo University.

Why did you agree to give this interview to us?

I agree to make this interview because I don’t really know how the international media is being true with the repercussion of the facts that happens here in Brazil in last months; and this is very special moment in the history of my country, not just special, but even crucial; above all this things I agree to make this interview because the most important thing in a democracy is the manifestation of all voices, not just of one group, or one single person, but of all. The poor people’s will have the same importance, or in the most of cases, much more importance than the rich people’s will. Democracy means that. Means that the power and the government are in the hands of people, and it rules for the people; and by people you must understand absolutely all. In such case, the popular manifestation or the popular voice that comes from street is one of the fundamental elements.

What is your role in the protests in Brazil?

My role here in my country was as one rioter, and for always being there with the organizers kept some role as advisor.

What was the situation in Brazil right before the protests?

Before the protests began, Brazil was in a period relatively calm when it comes to politics, many politicians accused of corruption in 2005 of a left party in our country were judged and convicted last year by our High Court, nevertheless those ones have never served the sentences; this fact was one of the reasons that led the middle class to the streets. The economy wasn’t bad, however considering the last years we had an increasing points decline in the stock market and a rise of the dollar against our currency, what may have been one of the factors which influenced an increase of approximately 5,8% on the inflation rate of the county. Something that directly influenced the protests, as I shall say in sequence.

Was there a spark that light the flames of the protests?

In fact a spark encouraged the protests here in Brazil, it was an increase in the public transport passage price in approximately 0.10 cents of U.S. dollar. At this moment, an articulation of social organization and fully horizontally named Movimento do Passe Livre (MPL) (Free Pass Movement) called people to the streets, is worth emphasizing that until this moment the claim was only a matter of transport, what had changed as I’m explaining at the question.

What are the real numbers and facts around the protests in Brazil?

Until now, 59 Brazilian cities decreased the fare price, what corresponds to around a quarter of our population, which had been directly benefited by the price’s reduction. Though the protests, which have already had more than a million of Brazilians in the streets, continue; now in a smaller scale.

What is the media’s behavior? Are they adequate?

In the first four protests the media was massively against it, claiming the protesters were vandals and vagrants, therefore encouraging the action of the military policing, which was too ostensive and aggressive against the population. Although, in the fourth protest the military police act against the Brazilians was so aggressive that many reporters were wounded, what made the Brazilian media’s situation unsustainable and making it change side Its adhesion had enabled the movement claim’s success, though brought a huge political rift that resulted in a situation that poorly we, Brazilians, are able to understand. After the fourth protest and the media’s adhesion, Brazilian middle class enlarged massively the protests; this fact impressively increased the numbers. In São Paulo, for example, we had an increase of 400% in the protesters numbers between the fourth and fifth protest.

What was the role of social media for the protests?

Something that was crucial, especially at the beginning of the movement was Facebook.

What is on the 2 sides of the separation lines of protests in Brazil?

Protests suffered a major schism. At the beginning, the “Movimento Passe Livre” (Free Pass Moviment) called the people to the streets after increasing of the tickets, having full support from sections of the left in the country, so that the first four protests contained flags and banners of left parties. These were the same which fought bravely against a very strong State oppression exercised by his arm: police. However, all the aggressiveness of this virus turned against him, when the violence by the police was such that the media could no longer argue against the protests, and changing its position caused the membership of the middle class. There it is the rift. After joining the middle class, right-wing sectors went to the streets, and at first there were even a direct confrontation between protesters communists and liberals, but mainly among extreme groups such as anarchists and fascists.

Is there separation between protesting people in Brazil?

Everything became very fast and in place of all the red flags came flags of our homeland, taken by the people of the middle class and posters and banners notably created and encouraged by sectors of our right, which today represents in the opposition. During the fifth protest Movimento Passe Livre (Free Pass Movement) managed to hold the reins of leadership of the protest, and it was in fact very large and very beautiful. At this point, with the international media focused on here, support the great local media and adherence massive of the population, caused the governor of São Paulo, for example, completely prevented the action of the Military Police. Already in the sixth protest last before the reduction rate in São Paulo (I always refer to this city because of its immense importance in our country, and for being the city in which I could follow everything closely) leadership had been lost, and full concentration dissipated in large protests by absolutely all city center. An important fact for the achievement of the objective was the destruction of stained glass doors and windows of the city hall, the fire in a military police station, and in a television car on that night.

What is the story with the confederations cup and the world cup investments in Brazil?

The question of the Cup in Brazil is very simple, billions of dollars are spent on stadiums, and therefore are not in matters of popular interest as improvements in the public health, education or even transport. There is, strictly speaking, a catastrophe in this country, especially the health and education sectors. In addition to this we still have the problems of misuse of public funds and bribery in the preparations for the reception of the Cup.

How come Brazilians don’t want to have world soccer cup? It sounds surreal?

So what happens is that the Brazilian people do not actually dislike a World Cup in their territory, but questioning the need for such a forward to the daily problems faced by this same population. The World Cup in our country will be done to foreigners, rich and, at most, for the middle class.

What is the role and position of Dilma Rouseff on the protests?

Our President lies with almost insoluble problem on hers hands. After joining the media, the middle class and the right-wing sectors, the protest became extremely opponent of the government, even to the point of asking impeached president or military intervention in government.

What is the role and position of Dilma on the protests?

As a response to such heterogeneous voices coming out of the streets, the president proposed a plebiscite for the formation of a constituent, yet the Senate stood against the plebiscite, proposing a referendum. And the directions that take the politics here are still a mystery, but the popularity of Rousseff falls each passing day. Thus, the protests still occur here are almost totally opposing the government party president.

Tell us about corruption in Brazil?

Much of this drop in popularity came with the cases of corruption in the country’s politics involving leftist party that governs us today. Thus, the slogan against corruption in the protests is a manifestation of the middle class and the right of the country. Least not without reason that, since we have members of the government coalition has sentenced a year ago by the High Court. This corruption not only keeps the public sector, but in the case of the World Cup, for example, extends to private entities in the construction industry.

Are there monopolies in Brazil?

Yes, there are monopolies in Brazil something that creates great problems and corruption. One of them, the transportation sector, ended up being one of the causes of the outbreak of protests over the price of tickets. Do you have information about what is going on in Bulgaria and Turkey. Do you see this on the news in Brazil?

I did not even know there was recently some important political event in the beautiful country that is Bulgaria. Our media says something about Turkey, but not a word about what happens in Bulgaria.

What is the government policy on the development of culture in Brazil. Is there environment for artists in the country?

There is incentive for the popular culture of our country, there is still space for artists to develop it. However, it is little. I said ‘Yes, there is’, but that is not enough. Moreover, in Brazil something that is not investing is in high culture, of the great classical arts. So a small development of local popular culture is what we have here.

What is freedom for you?

I do not know if I can get to the real meaning of the word “freedom.” I do not know if this includes the pure realization of individual will. Also do not know if the discrediting of wills on behalf of the social can bring it. However I know that man’s freedom grows in inverse proportion to the power of the State.

What is your message to our readers?

I leave it to my friends Bulgarians wholehearted support in the fight against all kinds of political oppression that opposes the will of the people! 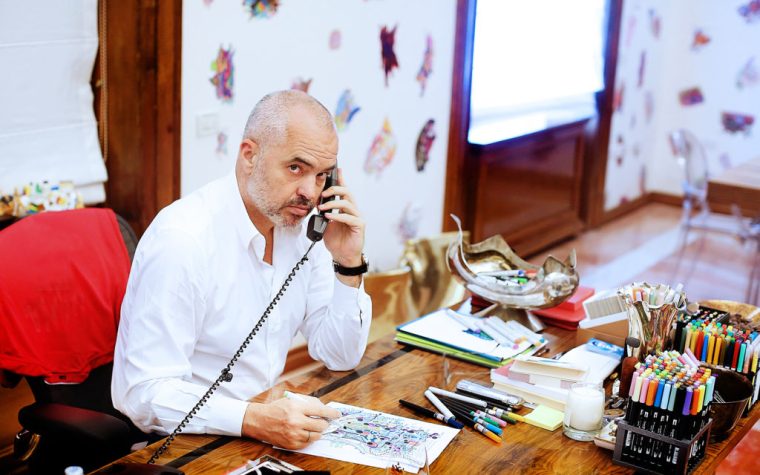